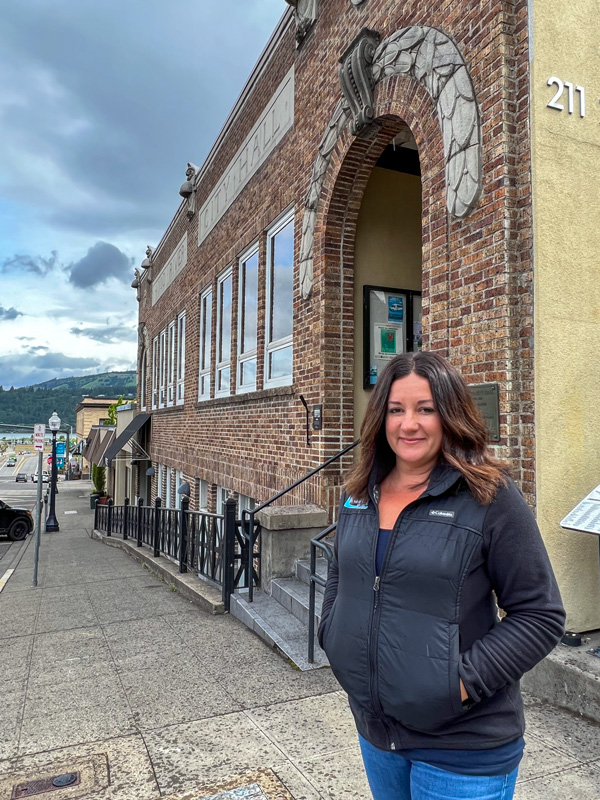 Essentially a steward and manager of a city’s records, the city recorder is a vital role in city government operations. This fall will mark 15 years with Jennifer Gray as city recorder for the City of Hood River. In the position, Gray’s primary responsibility is providing administrative support to City Council and the organization, which includes the mayor, city manager and department heads. Hood River’s city recorder also supports many other broad services and functions for the City.

A city recorder is close to policy action, responsible for advertising agendas and meeting packets, recording proceedings, and creating minutes and other official records according to State law. Gray manages records, plus maintains and distributes the Municipal Code, Charter, ordinances, resolutions and administrative orders. In addition to attending all City Council meetings, she attends many other meetings including the Urban Renewal Agency and budget committees.

The city recorder also manages the City’s archives and coordinates public records requests, along with keeping all City’s contract files and records. In her role with the City, Gray also assists with Human Resources duties, including posting job vacancies, scheduling interviews, and maintaining employee personnel files. She serves as elections officer and promotes vacancies for City boards and committees. In Hood River, the City Recorder coordinates and processes permits for special events and temporary use on City properties (including street closures), plus issues licenses for transient merchants, OLCC, and taxi business and drivers within the City.

“I had little background in city government when I started, but working with the Mayor, City Council, and all the City department managers intrigued me,” Gray explained. “Being involved in the permitting process for public special events also sounded interesting.”

The many requirements for the city recorder role obviously involve special qualifications and traits. Jennifer comes across as calm, patient and efficient to her peers and to the public. She’s naturally organized and detail-oriented, and exercises the tact and diplomacy required for the job.

“I’ve really enjoyed working with all the departments within the City,” Gray says. “My co-workers are great people who really care about making the City of Hood River a safe and healthy place for residents and visitors to enjoy. I’ve been very fortunate to work with several talented city managers whose leadership has taught me to be a better city recorder.”

Born and raised in White Salmon, WA, Jennifer is married with two sons. She enjoys spending time with her family, camping, travelling, and watching her boys play baseball.