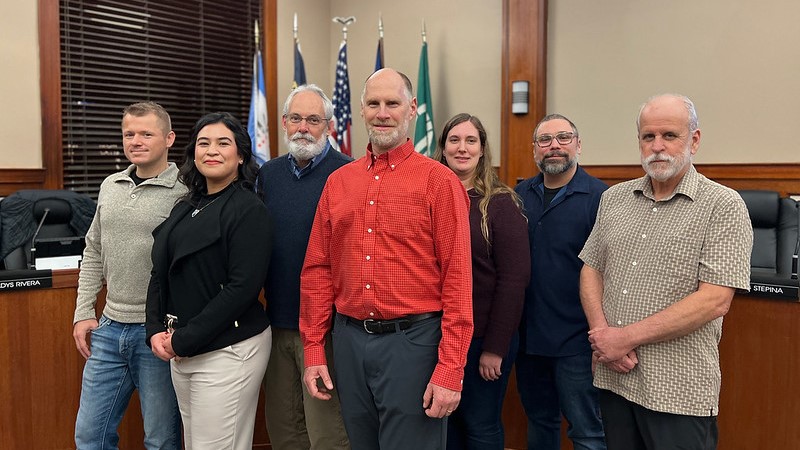 At the first City Council meeting of 2023 on January 9th, Hood River's newly elected mayor and city councilors took their oaths of office. The oaths by Mayor Paul Blackburn, and councilors Grant Polson, Doug Stepina, and Tim Counihan, were administered by Judge Ruben Cleaveland as they begin their 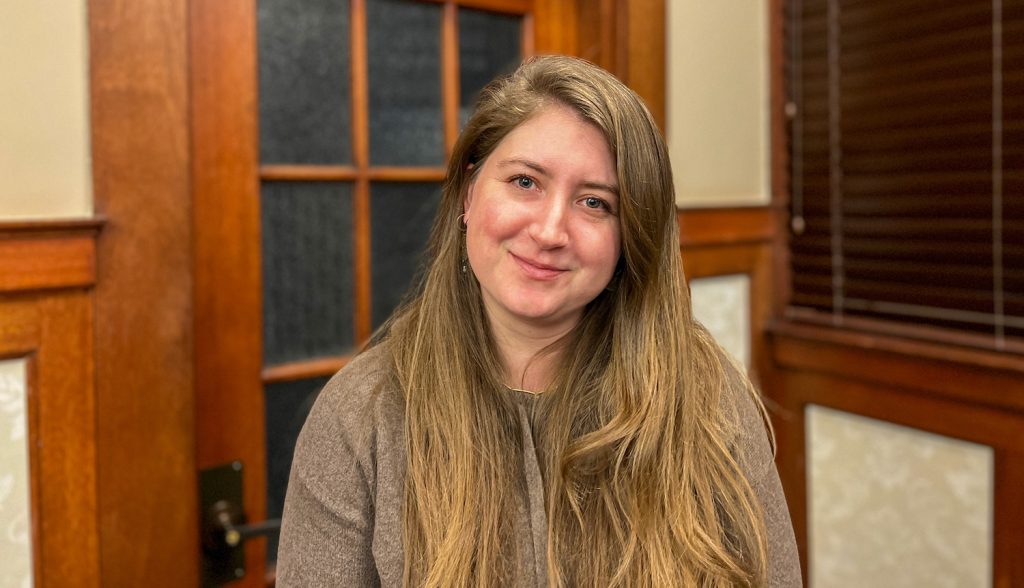 The City of Hood River recently welcomed Jackie Vanderpuye as its new community engagement coordinator, a relatively new position for the City. Jackie will plan and implement outreach and communication activities for many of the City’s most pressing projects and operations, with a focus on 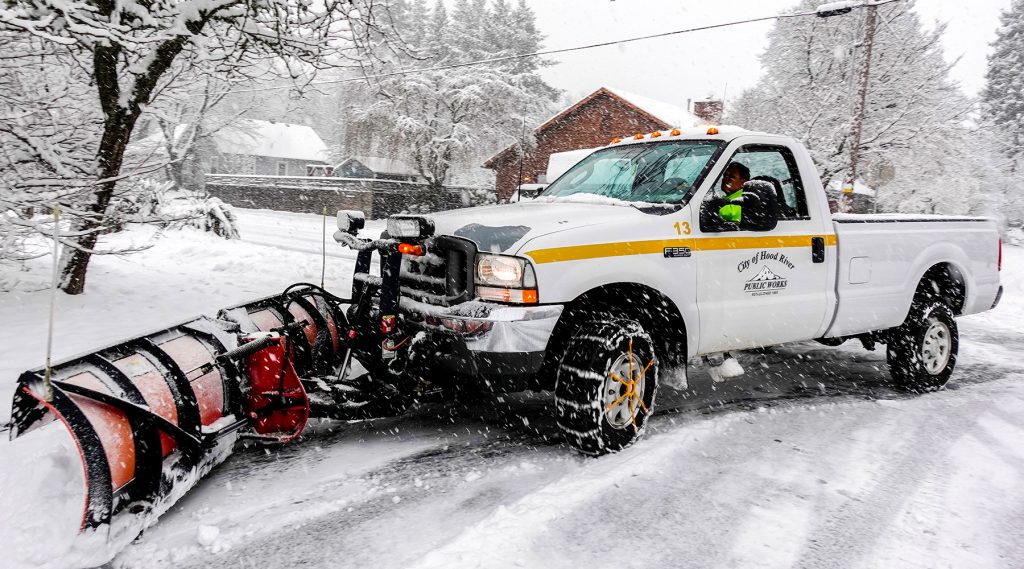 Weather in the Gorge is changeable and can be difficult to forecast. It's best to be prepared. The City of Hood River kindly asks for public cooperation during winter storms and conditions when 3" or more snow accumulates, or freezing rain creates dangerous road conditions. Public safety and

The City of Hood River thanks all community members who participated in City's Council Work Plan survey. Many thoughtful ideas were received on projects to help move City Council’s goals for the community forward. The City received 83 community input responses with wide ranging comments and 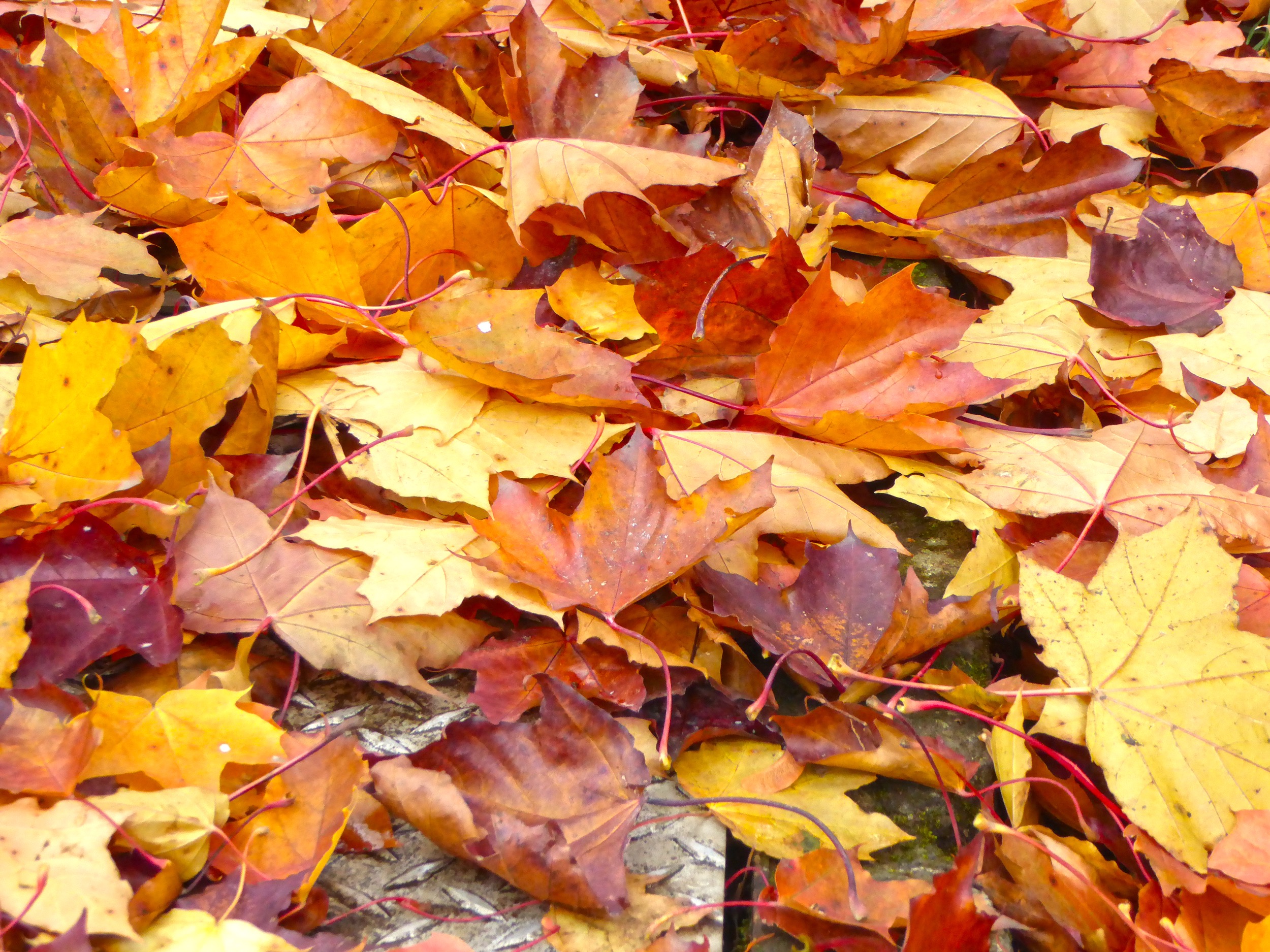 The City is providing leaf drop-off to city residents at its Public Works facility from November 1st to December 5th as a free fall season service. City residents may drop leaves between 8:00 a.m and 4:00 p.m. Monday through Friday. Residents will be required to empty any bagged leaves. This

In preparation for the City of Hood River’s annual work plan session in early December, City Council seeks input and ideas on projects to help achieve City Council’s goals for the community. Community members are invited to contribute ideas via a print questionnaire or online survey. The survey 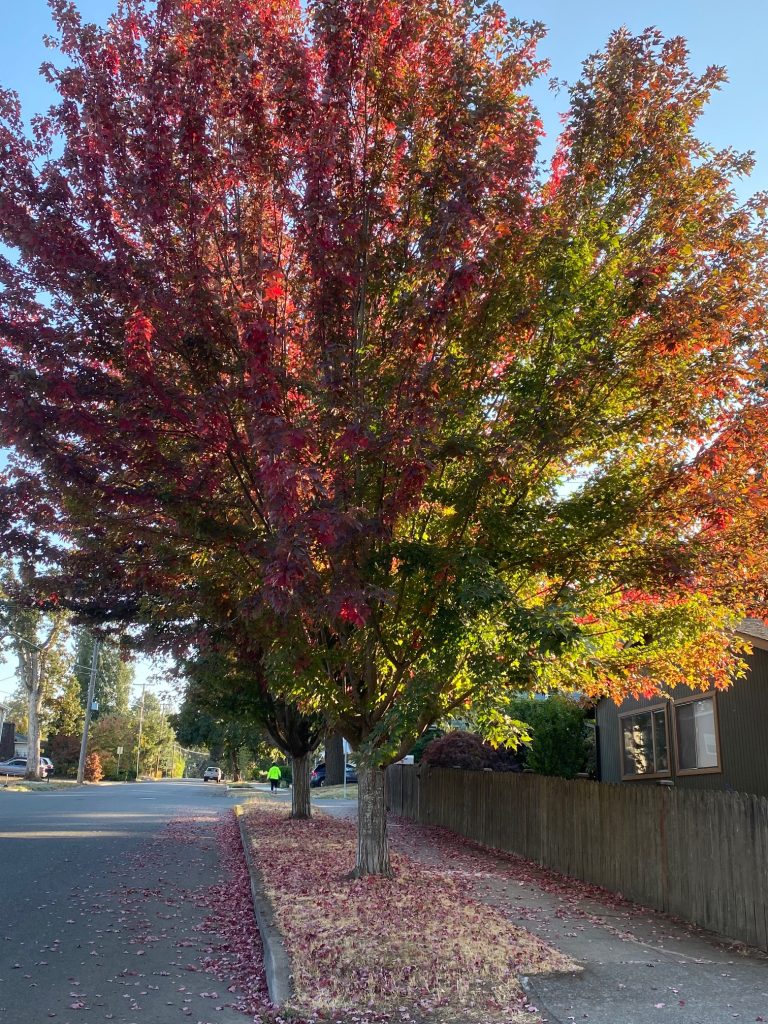 Fall Leaf Reminders – Leaves are beginning to fall and the City reminds the community that it's the property owner's responsibility to keep sidewalks adjoining private property in safe condition. If there are leaves sidewalks, please remove them. Leaves should not be raked or blown onto the 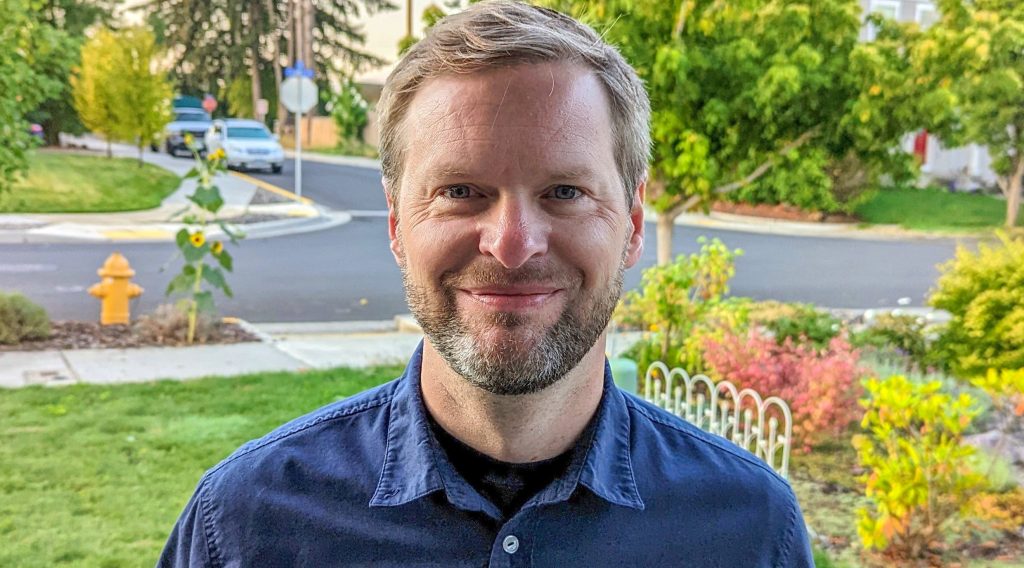 Notices from the City on Current Projects

The Urban Renewal Agency has given direction to move the Heights Streetscape Plan to Phase 3 by selecting Design 3 as the preferred alternative. Broad community input was received on three alternatives for 12th and 13th streets in the Heights regarding traffic, transit, bicycle and pedestrian 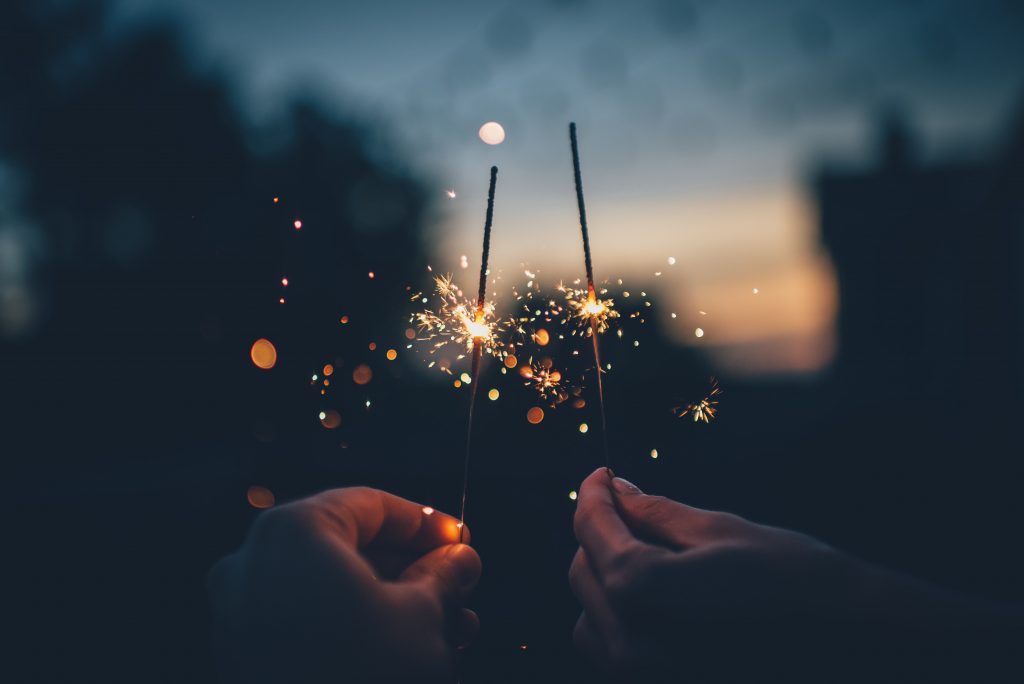 City of Hood River officials thank the community for celebrating the 4th of July holiday safely. The area’s recent history of wildfires make this time of year particularly risky for the public and for emergency responders. Community members should be aware of fireworks restrictions in Oregon and the

The City of Hood River announces temporary reduced hours this summer season for City Hall, Public Works, and the Fire Station. These offices will be closed to the public on Fridays effective from June 10th until at least September 2nd due to staffing shortages. Open hours for the Police Station will

City reduces energy use and emissions

April is Earth Month and it's a good time to share news on progress on the City's environmental sustainability goals. In 2018, the City adopted the Hood River County Energy Plan, a blueprint to improve the community’s resilience and increase energy independence and economic benefits related to

The City seeks Budget Committee members to discuss and deliberate on the City budget for fiscal year 2021-2022 (which begins on July 1). We appreciate and value the community member participation in the budget process which consists of three evening meetings scheduled for April 27th, May 4th and May 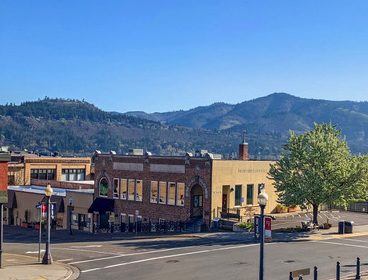 Hood River’s drafted Safe Routes to School Project Identification Plan is now in the public comment phase. The draft plan identifies safety projects around May Street Elementary and Hood River Middle schools. Public comment, open through Sunday, January 30th, can be made directly on the drafts

The City reminds property owners and tenants, it’s the time of year to trim your trees along the public right-of-way. You may you pile branches by the tree (not in gutter) to be picked up by Public Works crew when in your area (see map below for work area). For public safety, trees planted within or

After an extensive search process, the Hood River City Council announced that Abigail Elder will be Hood River’s next city manager. She takes her new post November 1. Elder was most recently Director of Community Services and Engagement for the City of Beaverton. She has more than 15 years of

Ways to produce affordable housing is next City effort

Leer en español. Over the past decade, the percentage of housing affordable to average-income families has decreased from 40% to 15% in Hood River. In response, the City of Hood River continues to tackle projects to create more attainable, equitable and diverse housing. The City’s newest effort is

The Hood River City Council has designated three finalists for the position of City Manager: Jeffrey Durbin, Abigail Elder and Cory Misley. Community members will have an opportunity to meet the finalists at a community reception the evening of Tuesday, September 7, at 6:00 p.m. at the

Learn more about SRTS in these Story Maps

As the school year begins, the City invites school families to learn more about its Safe Routes To School (SRTS) projects. SRTS projects help make our community safer for children and families who walk or roll to school. Learn more about the program through these recently developed Story Maps in 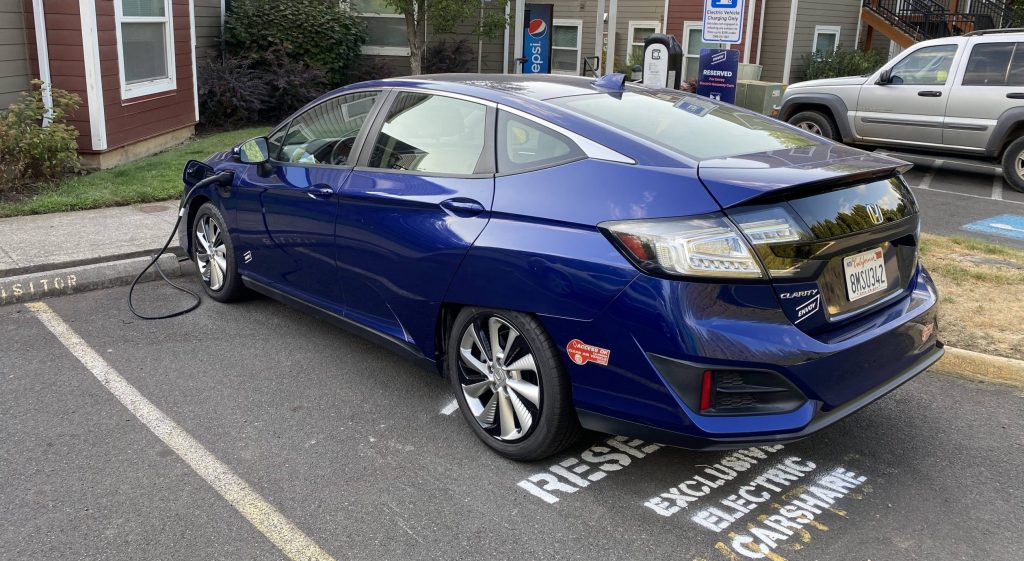 Car-sharing is available in Hood River

The City of Hood River Utilities Department will conduct sanitary sewer system smoke testing on August 12th and 13th to gain information for future sewer improvements. Community members may notice a distinct odor that results from this testing. The smoke testing will involve opening and 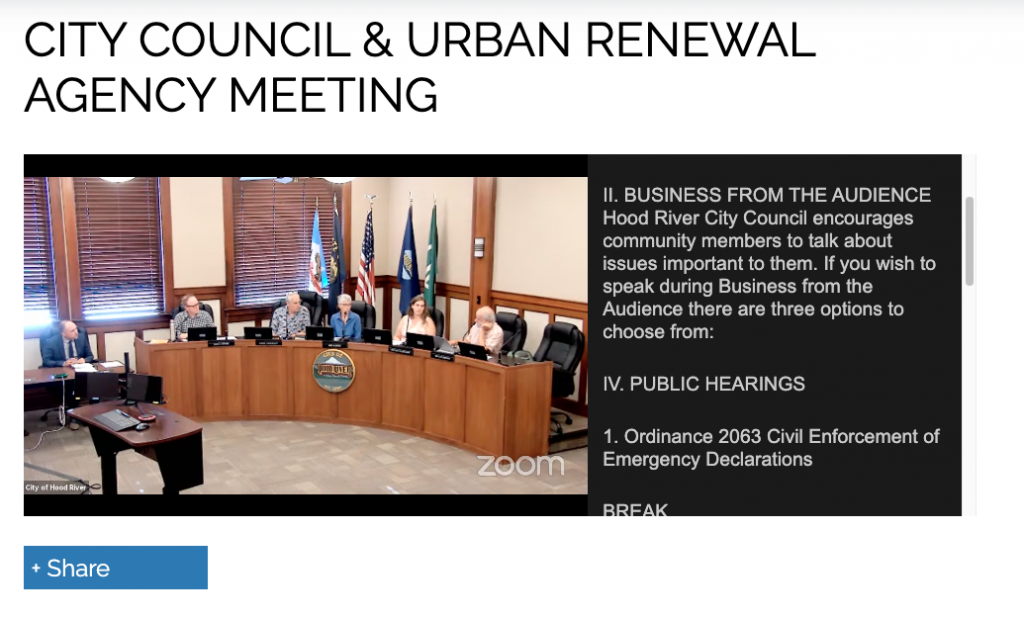 Attendance at City Council meetings can now be in-person or remote. Testimony may be given remotely or in-person, and all official City meetings are now live-streamed and archived on the City website. Prior to the 2020 pandemic, the City had been working on plans to equip the Council Chambers