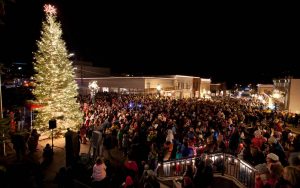 The City of Hood River, Oregon has seen vibrant community growth over recent decades, with a current population around 8,000. Bordered by the Columbia River and Washington State to the north, Hood River is the county seat for Hood River County, which includes over 25,000 residents including cities of Hood River, Cascade Locks and communities of Odell, Parkdale and Pine Grove. The City, just 60 miles east of Portland, expands with influxes of visitors seasonally. Hood River is rich in history and scenic beauty, and is commonly recognized for its arts, culture, and world-class outdoor recreation. 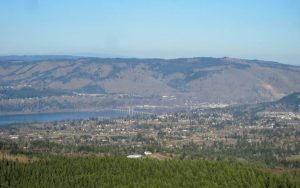 Our area’s economy is traditionally made up of agriculture, high-tech, professional, healthcare and sports recreation industries. The Columbia Gorge bi-state region is an economic microcosm with many businesses employing people from various parts of the Gorge. Though Hood River is considered “a small town,” it’s convenient location 60 miles east Portland and approximately 200 miles from Seattle allows connections to technology industry hubs. Strong winds in Hood River also offer testing grounds for the wind-sport manufacturing and other related industries.

The Columbia Gorge has often been described as an “outdoor playground,” and the City of Hood River lies in the heart of it. Whether you visit for extreme outdoor sports, or a leisurely getaway – Hood River has something to offer everyone. Within the surrounding area you’ll find some of the Oregon’s highest mountain top peaks to ski, snowboard, hike, bike or climb. Watersports are popular on nearby rivers, including world-class windsurfing and kiteboarding on the Columbia River on the north edge of town, plus stand-up paddleboarding, kayaking and canoeing. 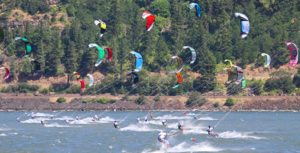 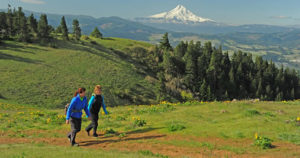