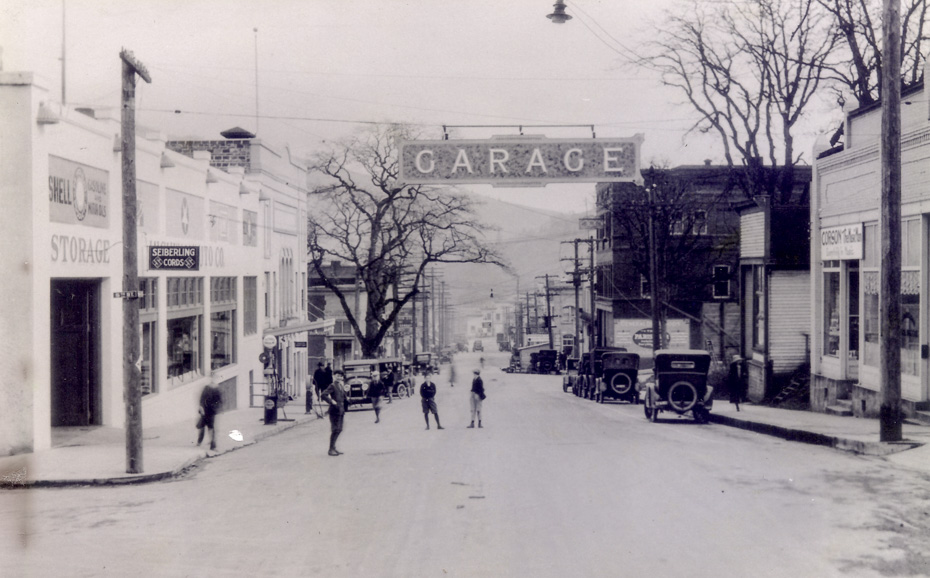 The area was inhabited by Native Americans when the Lewis and Clark expedition passed through on October 29, 1805. Here they found a camp site called “Waucoma,” or “place of big trees.” The camp was located near what became known as the Dog River and its confluence with the Columbia River. Later, Mrs. Nathaniel (Mary) Coe, a well-known pioneer resident of the valley, objected to the name Dog River and succeeded in changing the name to Hood River. The name Hood River appears on a map as early as 1856. Originally a part of Wasco County, Hood River County gained its political separation on June 23, 1908, and its boundaries have remained unchanged to the present time.

Nathaniel and Mary Coe were the original owners of a 319-acre government land grant bordered on the east by (what is now) Front Street, on the north by the Columbia River, on the west by Thirteenth Street, and on the south by May Street. In 1854 the Nathaniel Coe family filed a land claim on acreage now part of the City of Hood River. They were soon followed by the William Jenkins family and the Benson family. Coe was one of the first to plant fruit trees in the Hood River Valley.

Apple orchards flourished in this rich valley from 1890 to 1920, and Hood River became famous for its apples. In 1919 many apple trees were struck by a killing freeze. Farmers replaced the apple trees with pear trees, and now Hood River county leads the world in Anjou Pear production.

A History Museum collection of images is also available at Historic Hood River.