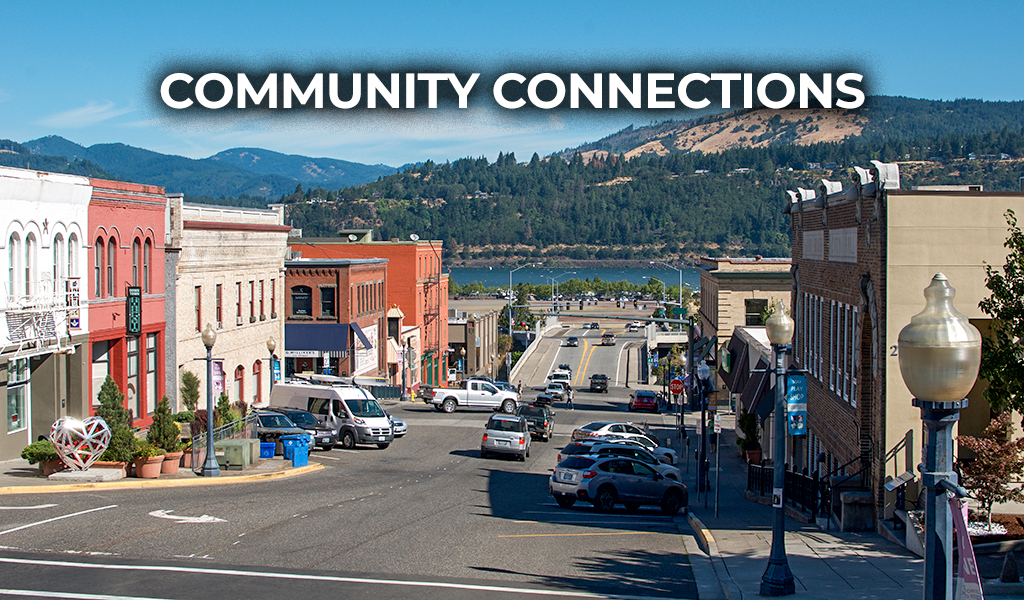 The importance of code compliance

Early January’s snowstorm came fast and furiously, depositing a record amount of snowfall in a short period. This event demonstrated the importance of code compliance to keep sidewalks and streets in safe, serviceable condition for pedestrians and vehicles.

As we transition to springtime, City Public Works reminds residents and businesses to clear sidewalks and streets of low-lying branches on trees and shrubs. Maintaining both horizontal and vertical clearance is important for users of City right-of-way. Trees and brush should not extend into sidewalk or street areas, or at street, alley and driveway intersections.

City code related to public right-of-way must be followed in the City limits in all seasons. This past January, swaths of sidewalks were unpassable where city code was not followed, and piles of snow obstructed streets with blocked-in cars that should have been moved prior to the excessive snowfall. For future reference, winter streets detail is located at: cityofhoodriver.gov/public-works/streets/winter-street-information.

The City’s Affordable Housing Production Strategy project began last summer following the appointment of a 12-member advisory community task force by City Council. The project will conclude this spring with a final report on preferred strategies to retain and increase the City’s needed inventory of affordable housing.

The task force has participated in a total of four meetings, with a final meeting scheduled for March 30th. Additionally, the project team has held six listening sessions with additional groups of stakeholders, including social and community service providers, employers, local builders, affordable housing developers from across the region, Latino community members, and local government agency leaders.

EcoNorthwest, working closely with City staff, has guided the project and will present the final plan to Council. The action plan will identify public policy tools and actions the City can use to encourage the production of affordable housing. It will include steps to carry out those strategies. For periodic updates or more information, visit cityofhoodriver.gov/planning/affordable-housing-production-strategy.

Last fall, after a competitive solicitation process, Community Development Partners (CDP) and Columbia Cascade Housing Corporation (CCHC) were selected as the City’s preferred development team to build affordable housing at 780 Rand Road. The City and CDP/CCHC completed a Purchase Option Agreement in February, needed to qualify the developer for state and federal funding sources, as well as keep the project on track for construction in 2024.

To allow development of apartments and townhouses on the site, the City initiated an application to rezone the property to Urban High Density Residential (R-3). Also, the City coordinated with the Hood River Valley Parks & Recreation District which took action to exempt the project from System Development Charges (SDCs) in recognition of the proposed onsite public park space. The City is similarly exempting the project from Water, Sewer, Storm, and Transportation SDCs, amounting to roughly $500,000 savings to the project.

Next steps are a wetland investigation, currently underway, and funding applications to State and Federal governments. Community engagement efforts will begin this summer which will move the development proposal into greater design detail. In August, CDP will learn if it’s awarded a key funding source. If funding is secured, a formal development agreement will be prepared and CDP/CCHC will apply for land use permits. Housing could be ready as early as 2025.

Currently the City has several volunteer opportunities to serve your community and learn more about how the City operates.

Hood River Shelter Services’ first season in a new location with 24-hour services just came to a close. The shelter opened December 1 at 1733 Oak Street and operated until March 13th.

Hood River Shelter Services (HRSS) acquired 13 pallet shelters with CARES Act funding at the beginning of the pandemic to provide non-congregant shelter through the cold months. This past season, the shelter provided refuge for over 50 individuals, hosting an average of 21 guests per night. Shelter guests included 19 women and 34 men ranging in age from 21-74, including 9 people over the age of 60.

In addition to shelter, other services provided include healthy meals from local restaurants, warm clothing, toiletries, access to showers and laundry and onsite visits for housing, health and social services. Many who seek shelter for survival during winter are long-time Hood River residents who are houseless, with 75% of this winter’s shelter guests listing their last place of residence as a location in the Gorge.

The City of Hood River, along with dozens of local agencies and government representatives, is participating in the Mid-Columbia Regional Houseless Collaborative that’s being convened by MCCAC. The Collaborative brings together individuals and organizations working to address homelessness to coordinate actions.

Solarize Campaign
coming in May!