Use of Force Review

Use of Force Policies and Incidents Review

In the summer of 2020, following the tragic death of George Floyd in Minneapolis, the City of Hood River joined communities across the nation in signing the Mayor’s Pledge, a national effort to evaluate Use of Force policies, make any necessary changes and listen to the community. The City of Hood River acknowledges that recent killings of black individuals underscore systemic racism in political and social structures, including the criminal justice system. The Hood River City Council made a Council Pledge to be involved in this process and also passed a Resolution on Racial and Social Equity  in late July, 2020.

Review of Hood River Police Dept. Use of Force Statistics

A study period of January 1, 2011 to June 30, 2020 was selected for the Use of Force Incident Review as the start date coincides with Chief Neal Holste’s appointment. Use of Force in this nine-year period was exercised in 53 incidents (.044%) of 119,213 calls for service, or four incidents out of each 10,000 service calls. Of the total Use of Force incidents (79), the majority were physical (72), followed by Taser device use (7). Multiple incidents of Use of Force can occur on the same call to gain compliance of an individual. The review found most Use of Force incidents were related to resisting arrest, with approximately half involving subjects intoxicated by drugs or alcohol or with behavioral health issues. 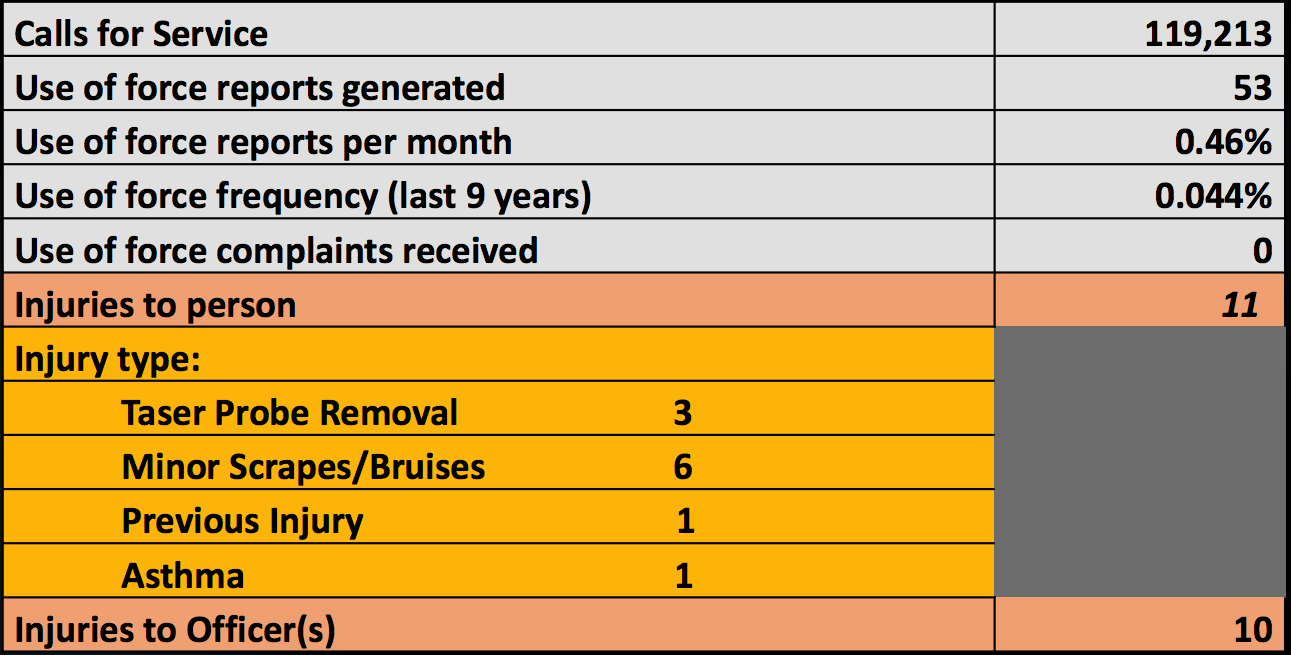 Use of Force Incidents Annually

Use of Force explained

USE OF FORCE: “The amount of effort required by police to compel compliance by an unwilling subject.” (International Chiefs of Police)

EXCESSIVE FORCE: The force in excess of what a police officer reasonably believes is necessary.

The 1989 Supreme Court decision in Graham v. Connor established an objective reasonableness standard for when an officer can legally use force on a suspect and how much force can be used. The test is whether or not a reasonable officer on the scene, faced with the same circumstances, would use the same physical force.

Review of Hood River Police Dept. Use of Force Policies

Use of Force Policies were reviewed by CIS (City/County Insurance Services) along with a City committee composed of the Mayor, two council members, the City Manager, Police Chief and Lieutenant. Policy modifications were suggested by CIS and the committee, with final revisions ultimately the decision of the HRPD.

The most significant change to Use of Force policies is the removal of the Carotid Control Hold from the Hood River PD Manual, never used in the nine-year study period. The other substantive changes relate to more specific exclusions for TASER device use, which has always been discouraged and rarely used. In review of Use of Force Policies, revisions are contained in this policy document.

View the July 27, 2020 City Council packet, pages 11-42 for tracked revisions to the Hood River Police Use of Force policies.

The purpose of engagement is to build relationships, build trust, and better understand community problems in hopes of being part of the solutions. A list below summarizes annual Community Outreach Events.

If you have a story or feedback on a Hood River Police interaction, we want to hear from you. Please contact with input or feedback: 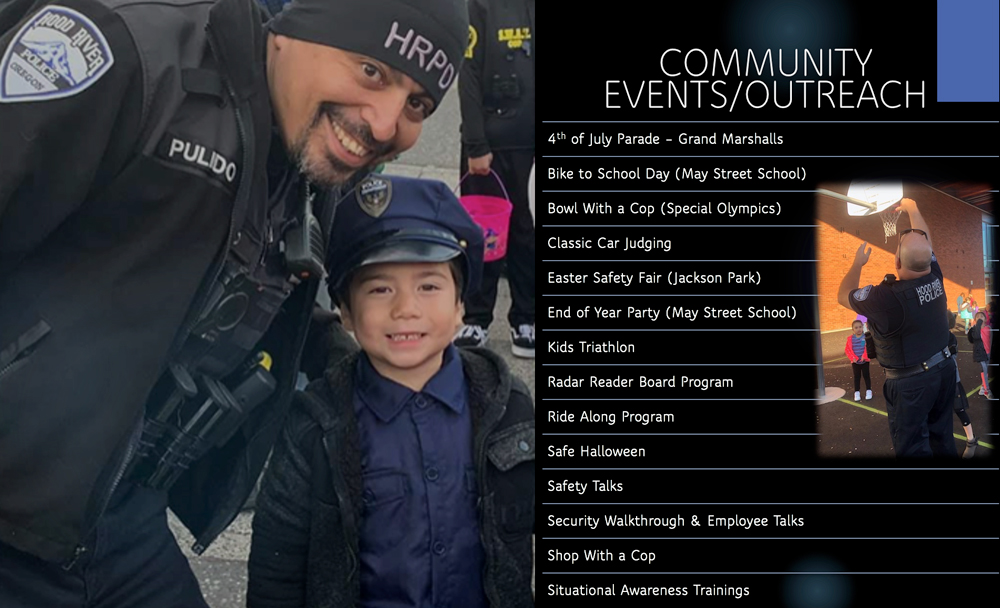