Hood River’s Affordable Housing Strategy, the result of a year-long project, was unanimously adopted by City Council. The Affordable Housing Strategy includes eight policy tools and actions the City will use to encourage development of supported, long-term affordable housing. Guided by a team of experts, the project was also assisted by a community task force and stakeholders. Click on the image for the full story.

Hood River’s Affordable Housing Strategy, the result of a year-long project, was unanimously adopted by City Council. Guided by a team of experts, the project was also assisted by a community task force and stakeholders.

The Affordable Housing Strategy includes numerous policy tools and actions the City will use to encourage development of supported, long-term affordable housing. Affordable housing was defined for this project as housing for households or individuals making 120% or less of median family income (MFI). For a family of four, that’s around $92,160.

The project team worked to address equity by ensuring stakeholders were part of discussions, and by weighing how various strategies address needs of the most vulnerable people in the community.

The eight recommended strategies provide a range of approaches that ensure affordability over time. Carrying out strategies will require different types of City actions, and some require partnerships with other organizations. The strategies are: 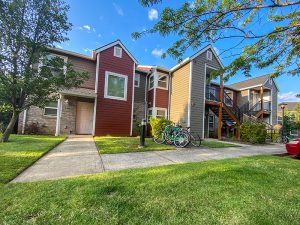 “The City has been proactive with policies to address housing affordability with our existing limited resources, but affordable rental and home-ownership options continue to be out of reach for many residents. Housing costs are too high for many low- and middle- income households, pushing residents out of the City, and reducing the strength of our community and economy,” said City Councilor Megan Saunders, who served as Council liaison on the advisory task force. “This strategy is ambitious but provides clear steps to help Hood River expand our support for affordable housing development. With a lot of work and strong community partnership, I have hope that these strategies will succeed.”

City Council weighed in on the draft plan at its April 25th meeting prior to approving Resolution 2022-06, adopting the Affordable Housing Strategy on May 9th.

The City of Hood River has completed several major initiatives to promote housing affordability over the last several years. The City adopted a 1% construction excise tax (CET) dedicated to affordable housing that allowed the purchase of the Rand Road property for affordable housing development. A low-income utility assistance program was expanded to reach renters. In the past few years, the City updated its zoning code to promote accessory dwelling unit (ADU) construction and residential conversion of historic downtown buildings, and adopted a “missing middle” housing chapter. The City also capped the growth in second-home vacation rentals in residential areas through regulation. The Affordable Housing Strategy is intended to build on these successes and create a clear plan for continuing the City’s efforts to support local housing availability for low- and moderate-income residents. 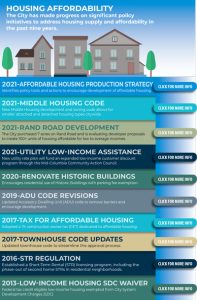 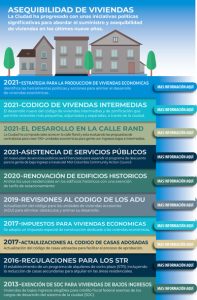